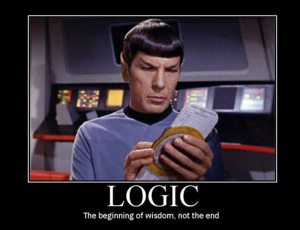 It’s a “logical” syllogism that allegedly debunks presuppositionalism compiled by a guy named Robert Baty. I know next to nothing about the guy except to say that he has made chasing around Sye Ten Bruggencate on the internet his white whale.

Any blogger who may post something about Sye, and particularly Sye’s recent video adventure, How to Answer the Fool, will find Robert Baty stopping by and leaving a comment under the post loudly proclaiming that Sye (and Sye’s “surrogates” – I guess he means other presuppositional apologists like Sye) runs from him and refuses to debate him on the subject of presuppositional methodology.

I was intrigue by his claim, so I emailed Sye and asked him about this Robert guy who I see leaving comments under various posts reviewing his apologetic video.  Sye responded by telling me that basically Robert is a notorious gadfly. He had offered to debate Robert via Skype once, but Robert turned that down because the venue wasn’t to his liking but still insists Sye is running from him and dodging his challenges. Sye, to his credit, ignores him, which is probably best. And here I am posting about the guy and wondering if I will regret it.

Robert insists that presuppositionalism is flawed because contrary to the argument presuppositionalist make, that the proper justification for mankind making any sort of knowledge claim cannot be done apart from God, Robert believes there are things men can know apart from God. In other words, God’s sovereignty does not extend to the whole of the world and all that is created therein, and many “brute,” uninterpreted facts float around out in the universe. Or maybe I should say, Robert’s universe.

If what Robert says about himself on his Yahoo groups homepage, that he is of a Church of Christ background, I can understand why he believes such nonsense is true. Church of Christ folks are Arminian, near to being Pelagian, and would deny God’s absolute sovereignty in the area of salvation. I would only expect such a rejection of God’s sovereignty would also extend into the justification of man’s knowledge. 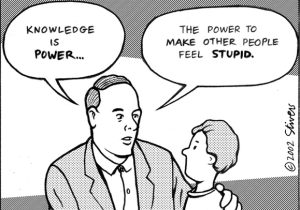 Robert believes he can easily trump Sye’s apologetic approach, so he has posted his “logical” premises challenging any presuppositionalist to answer them. I thought I would give it a shot. I already predict that Robert will say I failed and I am running from him if and when I choose to not debate him.

Robert begins by asking a question then breaking down the possible answers,

If it is possible in this world to know something without such knowledge being founded upon the existence of God, would you conclude that;

I think I can expand upon that question a bit more. Let me frame it for you:

Question:If it is possible in this world to know something without such knowledge being founded upon the existence of God, would you conclude that;

There is a separate argument and exercise in critical thinking depending on which position the Sye Ten Bruggencate Presuppositionalist takes with reference to the above question.

Indeed there are separate arguments, and Robert supplies us with his arguments with their minor premises. However, since they are essentially repetitive in their expression as outlined in his argument #1, let’s have a look see at whether or not his argument is sound.

– THEN (D) the interpretation of God’s word by some is wrong.

I’ll supply my own syllogism,

IF (A) God’s Word says plainly the “fear of the Lord is the beginning of wisdom,” (B) and can only be interpreted to mean that man is not capable of knowing anything without God’s existence, and (C) there is no empirical evidence, in spite of Robert Baty’s insistence to the contrary, that we humans who are God’s creatures can know that evidence without God’s existence,

THEN (D) those who deny this truth, like Robert Baty, are denying God’s Word and are teaching heresy.

After Robert repeats another similar argument, his major premises, and his minor premises following thereto, then he asks a series of questions. I’ll provide my answers.

(1) Do you think the argument is so constructed that if the premises are true its conclusion will follow as true therefrom?

(2) Do you think the major premise is, based on the stipulative definitions and the force and effect of sound, biblical, common-sense reasoning, true?

– Robert Baty: Yes
– Presuppositionalist: Me: Yes, if Robert Baty’s Church of Christ theology equals what one considers to be “sound,” “biblical” and “common-sense reasoning” is “true” to begin with.

(3) Do you think the Word of God is interpreted by some to mean that man is not capable of knowledge without God’s existence?

– Robert Baty: Yes
– Presuppositionalist: Me: Yes. This is exactly how Robert Baty’s muddled Church of Christ theology and bare ignorance of presuppositional apologetics is leading him to interpret the Word of God.

(4) Do you think the Bible means that man is incapable of knowledge without God’s existence?

– Robert Baty: No
– Presuppositionalist: Me: No, if I presuppose Robert Baty’s Church of Christ Pelagianism is true.

(5) Do you think we can know things without God’s existence and that there is empirical evidence from which we might properly conclude that such is the case?

– Robert Baty: Yes
– Presuppositionalist: Me:  Yes, If I presuppose Robert Baty’s Church of Christ Pelagianism is true and deny God is sovereign over all of His creation.

Now Robert makes the claim that there exists “empirical evidence” in the world that can be “known” apart from God’s existence. To put it in presuppositional lingo, there are brute facts out there floating around that can be known and understood without any meaningful interpretation given to them by their creator.

If this is what Robert believes, then according to his own definitions he sets forth at the end of his post, how exactly does he justify that claim?  He defines “knowledge” as “having a justified true belief” and “justified” as “having a basis for belief,” and then writes, “we can know things without God’s existence and we can so determine from evidence and its interpretation independent of God’s Word and/or the Bible.”

Is Robert saying there are things in the known universe that stand apart from God in that they do not exist under His authority as the sovereign creator? That they exist, uncreated by God, along side Him? How does Robert justify this belief (assuming he affirms this assertion) as a Church of Christ Christian? It could be that Robert is an atheist for all I know.

Can Robert supply an example of empirical evidence known apart from God’s existence and the Bible?

I have a sneaking suspicion based upon logic and reason that he will probably stop by and attempt an answer.