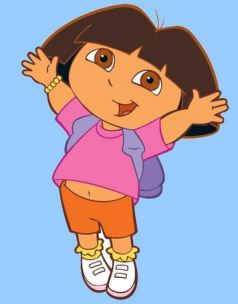 I wanted to offer some thoughts in response to this post from the fever swamps of IFB KJV only/anti-Calvinism,

The Decrees of God

It is for the most part a collection of verses in which the English word “decree” is found in the King James Bible. It’s compiled by a King James Only apologist who wants to take some swipes at Calvinism.

After he parades his list of verses before his readers, he draws this breath-taking conclusion,

None of these decrees mention anything about election or predestination, none of them show that God has ONE decree, and none of them are made in eternity, but made IN TIME. Furthermore, in Psalm 148:6, God makes a decree that is TEMPORARY because in 2 Peter 3:12 these things will be burned up.

Of such decrees when the Calvinist is forced to explain that which is not explicit in their view of “decrees”, Laurence Vance writes, “Unconditional Election is pawned off as the secret counsel of God that can’t be understood. Yet untold volumes have been written by Calvinists on the subject. So if the decree of predestination is a secret doctrine, how do the Calvinists know so much about it?…In the Bible however, the misappropriation of the decrees of God by the Calvinists is no laughing matter: “Woe unto them the decree unrighteous decrees, and that write grievousness which they have prescribed”. The Other Side of Calvinism, page 256.

Let that sink in.

Here we have an incubator for heresy in which a theological obsession that is handicapped by a slavish devotion to a 17th century English translation produces a spiritually lethal atmosphere for one’s soul.

Of course, anyone who is a serious student of God’s Word knows that the doctrine of God’s eternal decrees, especially as they pertain to the salvation of His elect people, does not hang upon the English word “decree” or “decrees” as translated in the KJV. I personally would expect more from someone who puts “Dr.” in front of his name, but we are dealing with an individual who takes Larry Vance seriously as a researcher.

Rolland McCune, in his first volume on systematic theology (pp., 308-309), looks at the Hebrew text and identifies 6 key words that pertain to God’s decrees: yatsar, ya’ats, ‘etsah, chashab, machshebeth, nathan. Depending upon the context they can be translated as decide, purpose, plan, device, ordain or other similar words describing God’s actions that He decided to do in eternity. They are used in such passages as Psalm 139:16, Isaiah 19:12, Jeremiah 32:19, Genesis 50:20, Jeremiah 1:5.

Coming to the NT, McCune notes 10 key words that pertain to God’s decrees and purposes: horidzo, prooridzo, protithemai, proetoimadzo, tasso, proginosko, prognois, procheiridzomai, procheriotoneo.  Likewise, depending upon the context, those words can mean to determine, appoint, fix, foreordain, elect, set beforehand. They are found in such passages as Acts 2:23, Romans 8:29, Ephesians 1:9 and 2:10, Acts 17:26, and 1 Peter 1:1:2.

While none of those words are necessarily translated as “decree” and “decrees” in the KJV, the doctrine of God’s eternal decrees is clearly confirmed by any honest evaluation of the relevant passages. But that shouldn’t concern a KJV onlyist who believes God’s Word is frozen in only one translation that is 400 years old.

With that in mind, let me zero in on these specific comments,

None of these decrees mention anything about election or predestination, none of them show that God has ONE decree, and none of them are made in eternity, but made IN TIME.

It’s those sort of unhinged proclamations that make rabid, anti-Calvinistic, KJVO apologetics a blight upon the Christian church.

Let’s break it down.

I’ll go out on a limb and assume that our KJVO apologist at least affirms the eternality of God. To my knowledge, I don’t think I am dealing with an open theist Socinian heretic.

An eternal God knows all things, because He is, say it with me, ETERNAL. There is no knowledge He has to gather to Himself. Add to that the fact that He is the creator. An eternal creator creates all that there is, and because He is the creator, He not only knows all that will transpire in history future, He has planned it so, all the good, bad, and ugly. The fact of detailed biblical prophecy affirms that point.

That means God has planned for man’s salvation, and specifically from Scripture, a particular people, or what is revealed to us as His redeemed elect.  It is not some nebulous concept of “The Elect” to which God has left people to choose if whether or not they will join the club. It is people, individuals, that God chooses.

But let’s leave the theological ramifications aside for now. Our KJVO advocate insists God’s decrees do not pertain to election or predestination  He also brashly claims God’s decrees are only made in TIME and not eternity. He wants to keep God out of the electing to salvation business and let man choose his own destiny with his freewill. But does the Bible confirm his thesis?

Without this becoming an exercise in the obvious, let’s first consider Ephesian 3:11 (taken from the KJV text so as to be consistent),

9 And to make all men see what is the fellowship of the mystery, which from the beginning of the world hath been hid in God, who created all things by Jesus Christ:
10 To the intent that now unto the principalities and powers in heavenly places might be known by the church the manifold wisdom of God,
11 According to the eternal purpose which he purposed in Christ Jesus our Lord:
12 In whom we have boldness and access with confidence by the faith of him.

Note my emphasis. “Eternal purpose.” God had a purpose that is described as eternal. There are actually two words here translated as “purpose” and “purposed.” Both words, prothesis and poieo have the meaning “to set forth” and “to do,” respectively. Paul is saying that in eternity, because again, they are “eternal” purposes, God set forth to do something. In the case of Ephesians 3, it is to reveal God’s wisdom in regards to the salvation of the gentiles. That is eternal salvation that was “decreed,” because well, if you purpose to do something, that means you decreed it to happen, right?

8 Be not thou therefore ashamed of the testimony of our Lord, nor of me his prisoner: but be thou partaker of the afflictions of the gospel according to the power of God;
9 Who hath saved us, and called us with an holy calling, not according to our works, but according to his own purpose and grace, which was given us in Christ Jesus before the world began...

Once more, note my emphasis. Paul speaks of being saved and called by a holy calling. Paul did not get called because of his works, but according God’s own purpose and grace. The word “purpose” is again translated from prothesis, which means “to set forth.” What did God set forth to do according to Paul’s words? To save and call him and his friend Timothy to whom he is writing. When did God set forth to save and call Paul and Timothy? BEFORE THE WORLD BEGAN. When exactly is that? Oh, I’ll venture a guess here and say ETERNITY PAST!  In fact, the phrase “world began” was translated from pro chronos, which means “Before Time!.”

The very translation this guy claims to be the only sure and reliable Word of God flatly contradicts him. Now he sits upon the horns of a significant dilemma. Will he side with the authority of his beloved translation or his feverish devotion to hating Calvinism? Or perhaps he’ll choose a third option of spinning the Bible in such a way so as to re-interpret it to favor him? What’s a rapid, anti-Calvinist KJV onlyist to do?