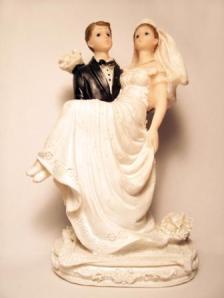 Note to Readers: In order to frankly address homosexual sin, I have utilized some explicit descriptions in this post which may make some folks uncomfortable.

The Christian Church has entered a period in history in which homosexual activists are becoming brazenly aggressive in promoting their sinful lifestyle. Sadly, the people of our society have had their minds so ravaged by postmodern relativism that they have come to see homosexuality as an otherwise benign lifestyle, rather than the sexual perversion it truly is.

Their responses range from a passive indifference which says “that’s not for me, but ‘live and let live’ if gays aren’t bothering anyone,” to a full on embrace of total acceptance and then insisting that every single person in our society must be forced – even if it means kicking and screaming – to love homosexuality without question.

Those who oppose homosexuality – a lifestyle, by the way, solely defined by a sexual behavior – are marked as bigoted, backward, and repressive of basic human rights. And even more specifically, the charge of bigoted and intolerant is leveled against unapologetic, Bible-believing Christians who define their rejection of homosexuality by what has been clearly written in God’s Word against homosexual behavior.

This debate will only intensify, even to the point I believe of severely limiting the free speech rights of anyone who would dare speak against homosexual sin and a gay lifestyle. The Church has to be prepared for this inevitability of persecution by a God-hating world. But where they also need to be prepared is with defending the faith against the rising voices of gay “Christian” apologists who revise the Scriptures, along with church history, so as to teach that God never condemned loving, consensual, same-sex partnerships.

One area of theology I have yet to see gay apologists formulate from Scripture in any serious fashion is a theology of human sexuality and marriage. Generally when I have asked gay apologists to provide a meaningful theology of marriage and sex, I am simply linked to articles reflecting the historical revisionism often presented in the literature of gay apologetics. 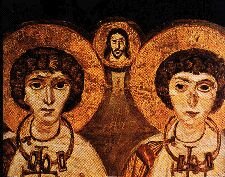 They will cite, for instance, from the discredited historical research of John Boswell who died of AIDS in 1994.  One example is how Boswell re-interprets the story of the martyrdom of St. Serge and St. Bacchus.  They were two Roman army officers who became Christians and were eventually martyred for their faith. Boswell claims they were two gay Christian lovers, though no proof of that really exists.

Before continuing, it may be helpful if I define what I mean by a theology of sexual relations and marriage.

God did not create humanity and then leave us alone to engage in unbridled sexual activity with total abandon. When God created man and woman, He did so in His image (Genesis 1:26, 27). Meaning God invested His authority in men to rule over His creation as His representatives. It also implies that in bearing the image of God, men are to do so in holiness. Our entire way of living is to reflect God’s glory. As Paul writes in 1 Corinthians 10:31, So, whether you eat or drink, or whatever you do, do all to the glory of God. That would certainly include human sexuality.

In order for men and women to pursue sexual lives reflecting God’s holiness, God established boundaries with specific commands that not only define the means by which people can express their sexuality, but also what is going to be best for them as a whole person.

In the first and second chapters of Genesis, God established the foundational boundaries of human sexual relationships: marriage. Within that institution of marriage, God further limits the human participants: one man and one woman. They are given a specific mandate: be fruitful and multiply and subdue the earth. That mandate obviously involves sexual intercourse between the couple resulting in the birth of children.

Throughout the entire Old and New Testaments, that original model is the divine standard. Even more so in the NT where Jesus Himself appealed directly to that creation model when debating the Pharisees about divorce. The Apostle Paul reiterates the creation model a number of times in his epistles, especially in Ephesians 5, where he reveals how a spirit-filled marriage between a man and a woman pictures the relationship between Christ and the Church (Ephesians 5:32).

Now, one other significant factor needs to be considered when outlining a theology of human sexuality: the entrance of sin into the world.

Man’s fall into sin not only separated him from God, but also darkened his mind to spiritual truth, drawing him away into acts of rebellion against his Creator. Sexual sin became one of the dominant displays of his rebellion. For instance, almost immediately in the Genesis record, mankind radically departed from the creation model by engaging in sexual activity with multiple partners outside the bounds of committed marriage (Genesis 4:19ff.).

Additionally, all sorts of sexual perversions abounded including homosexuality. Those sexual sins were even pervasive among God’s people, so much so that He provided further regulations through commandments to keep that sin in check, but more importantly, to bring people into conformity to His holy standard so that they could have a relationship with Him.

The Need for Intimacy

Gay “Christian” apologists argue that God did not limit meaningful, intimate relationships between just men and women. God also approves of consensual, same-sex relationships, and to deny same-sex attracted individuals the blessing of experiencing the intimacy God intended for all men to experience by rejecting same-sex marriage is both a sin against fellow Christians and God.

How exactly are gay apologists defining the term “intimacy?”  If I am understanding the gay “Christians,” the intimacy they are referring to is the sexual intimacy experienced during intercourse. I believe the primary reason why God created sexual intercourse is to unite a couple together. To make them one flesh as Genesis states.

Speaking from one who is married, there is a deep, abiding emotional connection which takes place when a couple has sex for the first time. Any person who is in a healthy marriage will attest to this. That is why any kind of fornication, whether it be premarital sexual relations or adultery, is such devastating sin. Fornication “unites” a person emotionally to a partner, maybe even multiple partners, who will never be a true marriage partner.

I have heard testimonies from both men and women who engaged in premarital sex and those illicit encounters deeply scarred them emotionally. Though God certainly can bring forgiveness and one can be healed by the sanctifying Spirit over time, often there is a profound personal struggle to experience the joy of sexual intimacy with the true marriage partner.

Adultery can be even worse, for the intimacy intended for only one person is given to a stranger outside of the marriage union. Not only has the one who committed adultery sinned against God and the other spouse, but the innocent spouse now struggles to regain trust and the joy once experienced in the sexual union before the adultery.

More to the point, true sexual intimacy comes down to the sex act itself. A man and a woman physically naked before each other, not knowing shame or embarrassment, engaged in sharing their bodies for the sole purpose of giving and receiving sexual pleasure. When God created man and woman, He equipped them both with the necessary sexual genitalia to not only accomplish this pleasure to the fullest, but also result in the possibility of children.

As much as gay “Christian” apologist may want to speak of intimacy, a same-sex couple cannot experience the true sexual intimacy as God designed it from creation. Those who have given themselves over to homosexual passion may think they can experience that intimacy, but they are lying to themselves.

The primary reason is biological. Two men have the same sexual organ, and though they can simulate a sex act to sexual release, that intimacy cannot compare to what is genuinely experienced between a man and a woman as God designed them. This is what I believe Paul has in mind in Romans 1:26, 27 when he writes of homosexuals going against nature. The idea is that they are engaged in sexual activity that does not fit the function of their biological genitalia. In other words, and to be blunt, the anus is not meant to function as a sexual organ. It is designed to eliminate waste, not serve as a receptacle for another man’s penis.

Additionally, this is just one of the reasons why the gay revision of Romans 1 as condemning only pedophilia and not so-called consensual, same-sex relationships is absurd. The sexual penetration of two adult men is just as “against nature” as that of a grown man with a boy.

Gay “Christian” apologists ignore this basic, biological factor of human sexuality.  Two men or two women cannot possibly experience with each other the sex God intended people to experience because their sexual organs are incompatible.  They are utilized in a way that goes “against nature.” A sex act simulated by an artificial device or with substituting a non-sexual orifice cannot properly function in the manner God intended men and women to have sex. The folly of their so-called “logic” for homosexual sex seems to be utterly lost on all the apologists advocating for a gay Christian lifestyle.

13 thoughts on “The Folly of Same-Sex Theology”