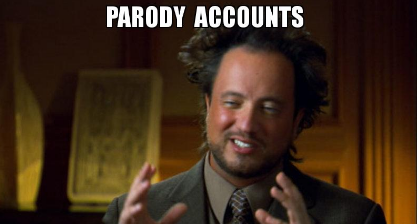 I have absolutely no desire to return to this topic. Current social media circumstances, however, have forced me to revisit it in order to defend my honor and the honor of my friends, as it were.

Just to recap the situation I have in mind:

Since the first week of June 2017 (almost FIVE months as of this writing, mind you), Brannon Howse has been waging his own personal Jihad against James White and Alpha and Omega ministries. Without having to pound the mutilated horse carcass again with all the particulars, Brannon did not like a discussion that James had with a Muslim imam in Memphis back in January 2017.

He, and two of his Worldview Weekend broadcasting partners, charged James with spiritual compromise of the highest order and they did their best to set fire to Alpha and Omega ministries. When he received a tidal wave of push back from AOMin supporters, it was like napalm was sprayed onto Brannon’s already smoldering wick. His hand turned against anyone and everyone who would defend James White, even to the point of purging from his WVW network Mike Abendroth and Justin Peters. Accelerating his obsession even more, a number of misguided individuals on social media rushed to help Brannon in his crusade, including, most notably, Steve Camp, the former CCM performer from the 80s and 90s.

Along with Brannon’s ceaseless tirades against James on his radio program, many of his network partners have also dedicated their air time to heap condemnation upon him and his defenders. Additionally, a few of Brannon’s acolytes have taken to Twitter and Facebook to defame not only James, but those associates and friends who have spoken up for him. That includes myself and a few of my co-laborers at Grace To You ministries.

I left off any serious interaction with Brannon and his hordes around labor day, after I had a lengthy Twitter row with Steve Camp on what defines the Gospel message, as well as what content is necessary to present during an evangelical encounter. Steve ended our exchange insisting that James White left out crucial components of the Gospel when he dialogued with the imam. I thought he was not only wrong, but I marveled that I could be yelled at on a media platform by a CCM guy whose albums I used to collect all the time as a young college student. He blocked me on Twitter, by the way.

So, after a number of weeks thinking this ridiculous manufactured controversy had died down and was going away, Brannon posted a screed outlining what he calls internet bullying against him and his ministry. He concocted a fantasy narrative that his primary antagonists with the unending bullying he is receiving are staffers from Grace to You radio ministry using parody accounts on Twitter. He seems to be absolutely convinced that I personally am behind a number of them. In fact, he writes,

Many of the adjectives used on this fake account were also used by either Phil Johnson or GTY employee, Fred Butler on their real social media pages. Some of the graphics used on this fake account were also used on Phil Johnson’s social media pages. In addition, many of these vile and disgusting tweets were tweeted at Phil and Fred’s personal twitter accounts. There is reason to believe, if they were not involved in some way with this fake account, they might know who was involved. Whoever set up this account used a purchased phone number to hide behind and send harassing texts to Brannon from a California area code. The individual mocked Brannon and said he was buddies with Phil.

This is absolutely laughable, embarrassingly so, as I will show in a moment. I will state emphatically right now, in all CAPs and bold letters so I am not misunderstood,

I HAVE NEVER OPERATED A PARODY ACCOUNT IN ALL OF THE FIVE YEARS THAT I HAVE BEEN ON TWITTER.

I realize this is me saying it, so haters will insist I am lying. But hey, my conscience is clear. The one and only Twitter account I have only used has been @Fred_Butler and nothing else. I know this may come as a shock, but there actually may be other individuals annoyed enough with Brannon to ridicule him on Twitter who are utterly unrelated with GTY.

I probably would not have responded at all except to say I have no parody accounts, but then Dee over at the fever swamps of The Wartburg Watch blog posted an even lengthier article. She has completely chugged the entire Twitter parody account kool-aid. Dee is convinced beyond doubt that GTY, myself and Phil Johnson specifically, are behind the concerted efforts to bring down Brannon with parody accounts. Like we are Russians hacking an election, I suppose. The amusing thing is her attempt to defend Brannon. The two of them could not be further apart on the theological and political spectrum. It is like the magenta-haired feminists defending the right of Muslim women being made to wear a hijab.

Searching for parody accounts on Brannon Howse turned up just a handful for me. The one in question, @WVWoffline, the “Brannon House” account, no longer exists and the last tweet I saw was weeks ago before it disappeared. It has remained dormant up until recently when it looks to have been deactivated. Another one called @Brannon_Howse has been suspended by Twitter. I don’t know anything about that one because I was unaware of its existence until I ran a search on Brannon’s parody accounts claim. The last one I remember is a parody of Brannon’s dog, @delta_howse, and that one too no longer exists. Again, all I can do is reiterate that none of them were mine, nor do I have any knowledge of who the owners are.

Additionally, Jeff Dornik, who has become the Worldview Weekend knee-capper on Twitter, posted this tweet over the weekend, October 14th, 2017,

Here is a clearer shot of the graphic,

According to Jeff, those screen captures are supposed to be proof positive that I have been texting Brannon with salacious, attacking comments. The problem is that the phone number allegedly attached to me is a 714 Orange County area code. While it is true that Orange County is in California, it is south of LA county (I live in LA county) and it is at least an hour and twenty minute drive from me in normal LA traffic. Additionally, a search on the number in this text ties it to a transexual escort service. In fact, it is randomly attached to many such services. Is Jeff suggesting that Brannon was texting with a transexual? Also, I have no idea who “Fred E Butler V” is. I have no “V” in my name.

That attempt at unmasking me with inescapable proof that I am behind those parody accounts was so ineptly researched, I am left wondering if there is someone among Brannon’s so-called supporters who is intentionally trolling him to make him look foolish.

Again, I don’t know what more I could do to convince the Worldview Weekend crowd that I am not behind those parody accounts. I also do not know who is behind them. It is possible someone I know is, but everyone I know who is familiar with the James White IFD controversy is just as clueless as me. I have to take them at their word. I know none of them to be expert liars.

Now, I realize it’s me stating all of this, and I’m sure I will be called a liar, so take my word or not. But I have no interest whatsoever to create any parody account, let alone one specifically aimed at Brannon Howse.