How conspiracy theories are detrimental to a Christian’s spiritual health

Do not say, “a conspiracy,” concerning all that this people call a conspiracy, nor be afraid of their threats or be troubled. (Isaiah 8:12)

As I have traveled over the internet super-highway, I will occasionally drive by websites dedicated to the promotion of some elaborate conspiracy theory. Just like the attractions along the side of the road promising to show anyone willing to stop such glorious curiosities as the world’s largest gum ball or genuine baby Bigfoot skeletons, those conspiracy websites promise that if you are willing to open your eyes, read all the facts, and connect all the dots, you too will be awakened to the truth of reality.

Now, before I go on, it may be helpful to define what I mean by a conspiracy theory.

A “conspiracy” is simply defined as a “planning together to do something.” Additionally, the conspirators – the group of individual conspiring together – do so in secret, and no one outside the group knows what is really going on.

Generally, the word “conspiracy” has a stigma attached to it because it is assumed that the conspirators are attempting to perpetrate something illegal or harmful, but a conspiracy and those conspiring together need not be thought of as being harmful or acting illegally in the majority of instances.

The Manhattan Project, for example, was a massive conspiracy designed to develop the atomic bomb. It was necessary for the entire project to remain a conspiracy – top secret – for the purposes of national security.  Even the Normandy Invasion of June 6, 1944 was a large scale conspiracy which also necessitated absolute secrecy. I myself once participated in a “conspiracy” when I was invited to attend a private get together with a well-known pastor that was limited to the number of folks who could attend. I was told the gathering was impromptu and I was to keep it secret because there was no way to accommodate a large group of people.

Those type of conspiracies are not bad.

However, the conspiracies that occupy the minds of conspiracy theorists are of the harmful, illegal type and they cover a broad spectrum of subjects and scenarios. For instance:

– Zionists and Jews attempting to take over the world.

– International bankers trying to take over the world.

– The Illuminati, or other clandestine groups, attempting to take over the world.

– NASA and the government covering over the truth about UFOs.

– NASA and the government covering over the truth about cities on Mars and the moon.

– NASA and the government covering over the truth that the Apollo missions were hoaxed.

– The government covering over the assassination of high profile government officials like JFK or Ron Brown.

– And the most recent: the government covering over their involvement orchestrating the events of September, 11th with remote control planes, cruise missiles, and controlled demolitions.

Now, it is one thing to have a disturbed individual who lives in a one-room apartment with 3 cats named after the characters from Dune and lectures on a part-time basis at the local community college, claim that the government, in conjunction with the Reptilian Guard from the planet Zinar, staged 9-11 so Bush could steal all the oil in the Middle East. I, as a Bible believing Christian, expect these kind of conclusions from men whose minds are darkened in sin and are thus easily susceptible to be snared by these fantasies.

However, it is quite another thing to find men and women who name Christ as their Lord and Savior advocating conspiracy theories. Those folks go beyond being disturbing to grieving my heart.

Before the Internet, there were individuals that people genuinely thought were “pastors” and Bible teachers who preached about massive conspiracy theories that were going to usher in the anti-Christ, or establish the new age, or force people to get a barcode burned onto their head, or the U.N. rounding up Christians and locking them in concentration camps.

For some reason, the cranks who promoted these theories were fundamentalists, King James onlyists types. I am not sure what that means exactly, but suffice it to say, their publications were contained to a small, marginalized fan base and didn’t get much air time in the real world.

But now, with the advent of the world wide web, those same “Christian” conspiracy hunters have the ability to spread their paranoid delusions to the four corners of the earth. Additionally, they can build elaborate websites that document the particular conspiracy of choice with detailed charts and compelling video presentations.  Social media also adds fuel, because conspiracy believers can find other like-minded, committed conspiracy “truthers.” Eventually, an enormous community of “truthers” is formed that feed of each other.

A conspiracy-driven mindset, or what I call “tin-foil hat theology,” can have a deleterious impact on the Christian church. Not only does such thinking display an appalling lack of discernment among Christians, but those conspiracy theorists can quickly disrupt the fellowship of at a local church creating all sorts of odd-ball shepherding issues with a pastor.

Now, with that in mind, I’d like to biblically think through the error of tin-foil hat theology by outling what I believe are at least six key ways conspiracy theory theology can be detrimental to a Christian’s spiritual health. I will begin with the first three: 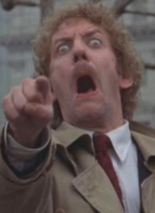 An unhealthy interest in conspiracy theories can produce fear in the heart of the person entertaining them. It’s like a low-grade paranoia that drives the way the person evaluates people and events he or she may come in contact with and experience.

Just like the by-line from the X-files, “No one is to be trusted.”  Everyone in any position of authority could be lying or covering something up to conceal the truth. The person becomes suspicious of every person and everything. Some folks may think I am exaggerating the paranoia of these people, but I have known individuals recently and from my past who so allowed conspiracy theory scenarios to govern their hearts they became overwhelmed with fear. I can recall one gal who claimed she would never use a computer, because the Antichrist would use computers and the internet to form the one world government in the end-times.

The Bible tells us that Christians are not to be marked with fearfulness of heart. Paul wrote, For God has not given us a spirit of fear, but of power and of love and of a sound mind (2 Timothy 1:7). Note how the idea of a “sound mind” means the person who is thinking straight about reality will not be full of fear. A sound mind is a person who has been saved, whose mind is no longer darkened by sin but is now sober-minded; not given over to being victimized by the prince of this world who delights in holding men in bondage to their fears.

Moreover, the Apostle John writes that, perfect love casts out fear (1 John 4:18). We should no longer be afraid of God, for the wrath against our sin has been appeased by Christ, but also, because Christians live in perfect love, any fear about our life and world will be cast out. It is unnatural for a believer to live in fear of conspiracies ruling the world.

2) Generates an Obsessive Fixation on the Uncertain

All the folks I have encountered who name Christ, yet involve themselves in pursuing conspiracy theories, are more fixated on the promotion of the pet conspiracy than they are on the promotion of Christ. They don’t live the Christian life at all in some instances, but anytime there is opportunity to preach the “truth” about the conspiracy, they will do so from the house tops, often with the aid of slick DVD productions.

I have encountered a number of Christians (Christians!) who insist with passion that Lee Harvey Oswald didn’t act alone when assassinating President Kennedy. If you even attempt to challenge that assertion, they react as if you are denying the Deity of Jesus Christ.   I’ve experienced the same with a few believers who seriously believe the moon landings were hoaxed.  But why is the JFK assassination important to the Christian’s spirituality? How does believing the moon landings were hoaxed help my walk in Christ? Yet, anyone who denies these conspiracy theories is dismissed as being out of touch and not desiring to know the truth.

That leads me to a third key area where conspiracy theories are spiritually unhealthy,

By “Gnostic tendencies” I mean the aspect of old, pagan Gnosticism that relegated knowledge of the truth to a handful of people who then dish out the “special” secret knowledge to those willing to learn the truth from them.

I encounter this mentality all the time from tin-foil hat theologians who sneer at me as someone not “willing to hear the truth” of the matter. I live in a fantasy world, according to these folks, and I am foolishly allowing myself to be duped into believing a lie about such and such a conspiracy. But I would think that because Christians have the spirit of discernment to know truth, that any obvious conspiracy would be evident, yet, I am required to go and learn from the one alleged “expert” on the particular conspiracy. Why should I have to do that?