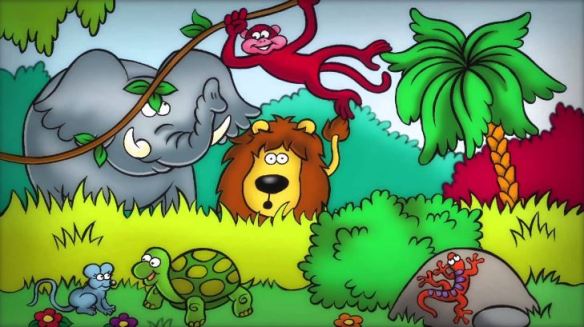 I continue in my review of Hugh Ross’s progressive creationist book, Navigating Genesis. Again, my purpose in reviewing this work is to offer a corrective to his creationist apologetic that is adopted without criticism by a number of mainstream Christian ministries and amateur apologists who desire to defend the Christian faith within the general public.

I want to center my review this time on chapters 3-6. They are Ross’s treatment of the events of the creation week, and I want to review them as a whole rather than one by one individually. The primary reason being is that the material is so overwhelmingly bad, that in order to address it in full would require a number of lengthy posts. My goal is not to turn my reviews into a long, extended series of detailed analysis, but to provide a basic framework demonstrating that Ross’s apologetic is detrimental to a defense of biblical Christianity.

As much as I know there are readers who would enjoy reading such a detailed analysis, I refer them to works available online at Answers in Genesis and Creation Ministries International, as well as two book length treatments by Jonathan Sarfati, Refuting Compromise, and Jason Lisle’s Understanding Genesis.

Let me back up and provide a review of some of the critical flaws I see with his understanding of the creation week.

First, Ross has a strident, unflinching reliance upon modern scientific conclusions as factually accurate. I’ve made passing mention of this in my previous reviews. His reliance upon scientific analysis misleads him to an uncritical utilization of it as an overriding authority when interpreting Scripture. That dependence only pushes him into dark holes of wild speculation when it comes to reading the Bible and developing a theology of creation.

He cites heavily from a variety of secular scientific papers, reports, and books, because he believes they lend insight to how Christians should read Genesis 1. Glancing over his end notes, he uses articles published in Nature, the Monthly Notices of the Royal Astronomical Society, the Astrophysical Journal Supplement, Sedimentary Geology, Astrobiology, and Science, just to note a few.  While certainly it is fine for any author to reference such works if he is writing a book on the topic of Genesis and creation, the problem with Ross is his use of those sources as providing factual conclusions as to what we are to believe about the history of an ancient cosmos and life on earth and how those beliefs should inform the Christian’s interpretation of Genesis, even when those conclusions drastically contradict the narrative of the creation week.

Let me give you some examples.

In chapter 4, on page 38, Ross discusses how the Bible describes God’s spirit hovering over the waters in Genesis 1:2. Seizing upon that description, he states how that picture is found in other portions of Scripture of a mother eagle or hen using her wings to protect her young. He then shifts to the “record of geology” referencing at least four secular sources to explain how science confirms that the earliest life on the planet was single-celled microorganisms that provided nourishment for the oceans and oxygen for the planet. He believes those sources provide some apologetic nugget about how God cares for His creation as a loving creator.

Following up that discussion, on page 39 of the same chapter, Ross talks about what he calls the “moon miracle.” Appealing once again to the secular astronomy version of how the moon was made, Ross retells how scientists know the moon was formed when there was a planetary collision with the earth by a body at least the size of Mars. That collision, Ross confidently explains, would have blasted nearly all the Earth’s original atmosphere into outer space, while the cloud of debris arising from the collision would have orbited the Earth and eventually coalesced to form our Moon [40].

Of course, that is entirely whimsical speculation; but he cites the experts who have mathematical models and he provides the numbers showing how that the moon just had to have been formed in that fashion. There is no explanation as to whether or not how all the life giving microorganism in the ocean discussed previously could have survived if a Mars sized planet hit the earth, but oh well.

Indeed, Ross’s appeal to the secular, scientific literature is rather troubling, because the way he utilizes those sources, the reader is left with the impression that the Genesis account itself would be unconvincing as a revelation from God. It is as if he thinks he is helping out God by mentioning how popular atheist, Richard Dawkins, is flummoxed by the appearance of life in the Cambrian explosion because he has no way to really explain its sudden appearance [59]. In some unspoken fashion, the Bible is supposed to be much more reliable because Ross has highlighted various scientific factoids pertaining to modern evolutionary theories regarding the earth. How could anyone have believed what Genesis was saying about creation before old earth apologists synchronized secular theories with the text?

Another flawed problem area with his presentation is Ross’s mishandling of the original Hebrew language. He is dependent upon secondary sources, and even then it is a limited source like the Theological Wordbook of the OT. Other sources noted aren’t linguistic experts either, but other authors and apologists who are also ineptly attempting to reconcile deep time views of the secularists with what the Bible plainly says in Genesis.

For example, Ross appeals to Psalm 104 as a supplemental creation text [31]. He specifically notes Psalm 104:6, which reads, You covered it with the deep as with a garment; the waters stood above the mountains, and suggests this is speaking of the conditions on the first three days of creation. But a reading of Psalm 104 tells us that the Psalm is referencing the global flood as recorded in Genesis 7, not the events of creation. In fact, the same expression, the waters stood above the mountains, is used in Genesis 7:19,20. Here we have Ross taking a passage out of context and misapplying it to an unrelated section of Scripture.

He does a similar thing with Job 38:9 which reads, when I made clouds its garment and thick darkness its swaddling band,… suggesting this passage describes the opaque enshrouding clouds that blocked light from the already created sun from reaching the earth, [31]. But, while Job 38 is recording God’s creation of the early earth, it is an inaccurate misapplication to claim the darkness covering the earth is a result of the light from an already created sun being prevented from reaching the surface. The two are really unrelated, especially given the fact that the sun light is not created yet.

Ross also claims that God, rather than creating the sun and stars on day four for the first time, merely caused the already heavenly bodies to “appear” in the sky by rolling the clouds out of the sky. He argues that the Hebrew word, asah, translated as “made,” is not a synonym for “create,” but is a word that means “made to appear.” He writes, “The Hebrew verb, asa, translated “made,” appears in an appropriate form for past action. There are no verb tenses in Hebrew to parallel verb tenses in English…Verse 16 makes no specification as to when in the past the Sun, Moon, and stars were made, [54].” He goes on to write that the phrase “heavens and earth” in Genesis 1:1 places the existence of the Sun and stars before the first creation day.

Ross’s interpretation of the fourth day of creation is not only a disparate attempt to explain away the text, but it is also dishonest. Ross puts himself forth as a champion apologist for understanding creation and the Christian worldview, but here he does a great disservice to anyone who would utilize his argument in a discussion.

First, the word asah, as it reads in 1:16, is also used in 1:25 where the text states, And God made the beasts of the earth… Given the context, it is clear the word made is a synonym for create. The beasts hadn’t previously existed and then were “made to appear.” Further more, 1:26 has the Godhead stating, let us make man in our image, or asah. Was Adam “made to appear” in the same way that the stars were “made to appear?” Ross’s view is akin to the heretical arguments of Biologos who insist that there were many evolved humankinds and Adam was a chosen representative, or God “made him appear” out of all of humanity. Given Ross heterodox teachings about soulless hominids, his interpretation of asah comes dangerously close to affirming Biologos’s heresy.

Secondly, asah is used in Exodus 31:17, For in six days the LORD made the heavens and the earth, 2 Kings 19:15 [Isaiah 37:16], You alone have made heaven and earth, and 2 Chronicles 2:12, Blessed be the LORD, the God of Israel, who has made heaven and earth. All of those instances are synonyms to Genesis 1:1 where it says God created the heavens and the earth.

And then thirdly, if God wanted to communicate that the Sun and stars were already in existence on the first day and that they appeared in the sky from the vantage point of looking up into space from the surface of the earth, Moses had already used a perfectly good word to describe such an event. Genesis 1:9 states, Then God said, “Let the waters below the heavens be gathered into one place, and let the dry land appear; and it was so. The Hebrew word raah, means exactly what Ross is forcing asah to mean, appear.

This is a major reason why Ross’s progressive creationists apologetics are detrimental for unlearned, but eager apologists. Instead of carefully researching and staying faithful to Scripture, Ross has only formulated a strained proof-text for his problematic apologetics. He is not defending the faith at all, but instead has led his readers astray into gross error that when scrutinized, will only bring them embarrassment, placing a major stumbling block before unbelievers.